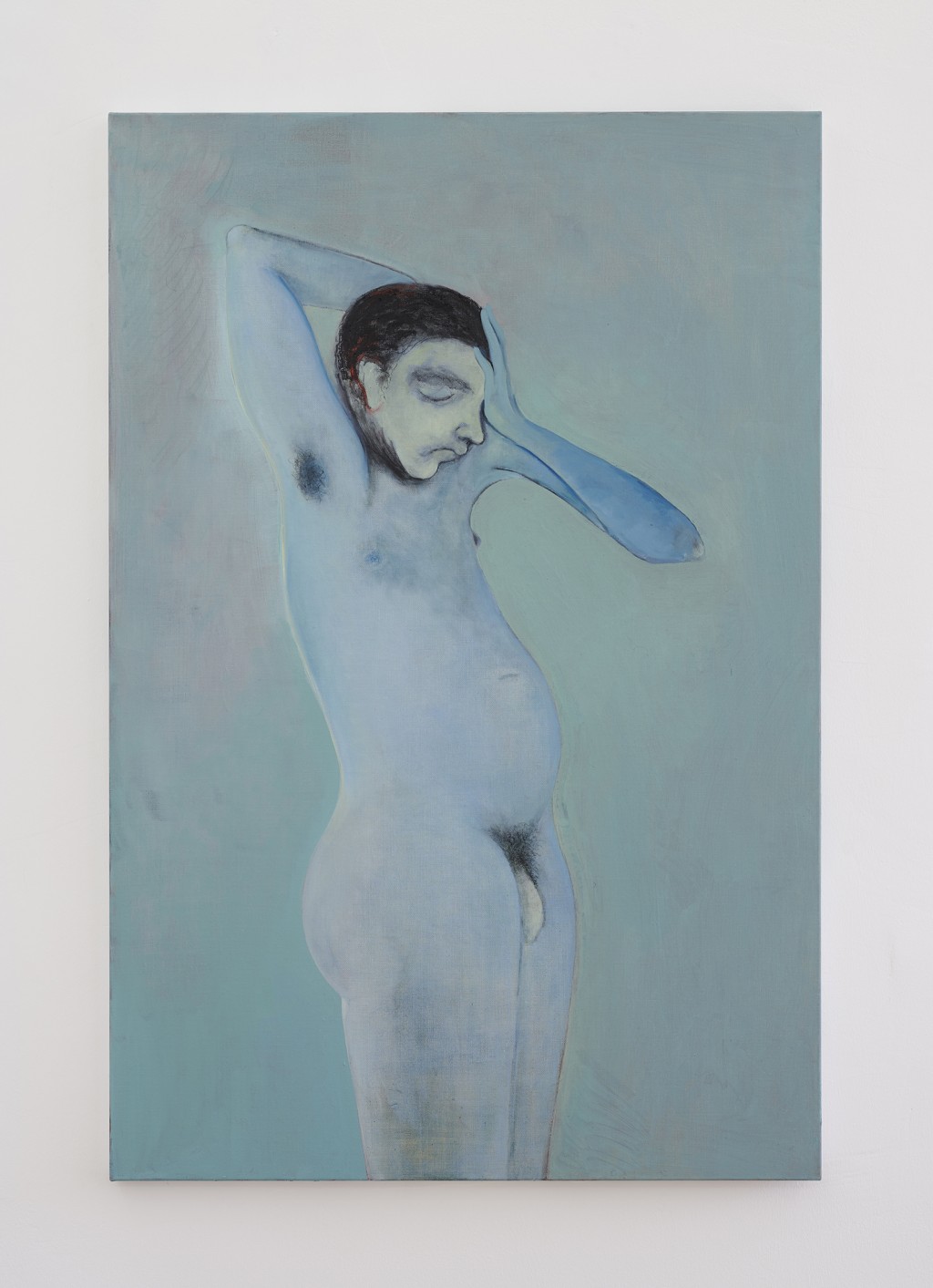 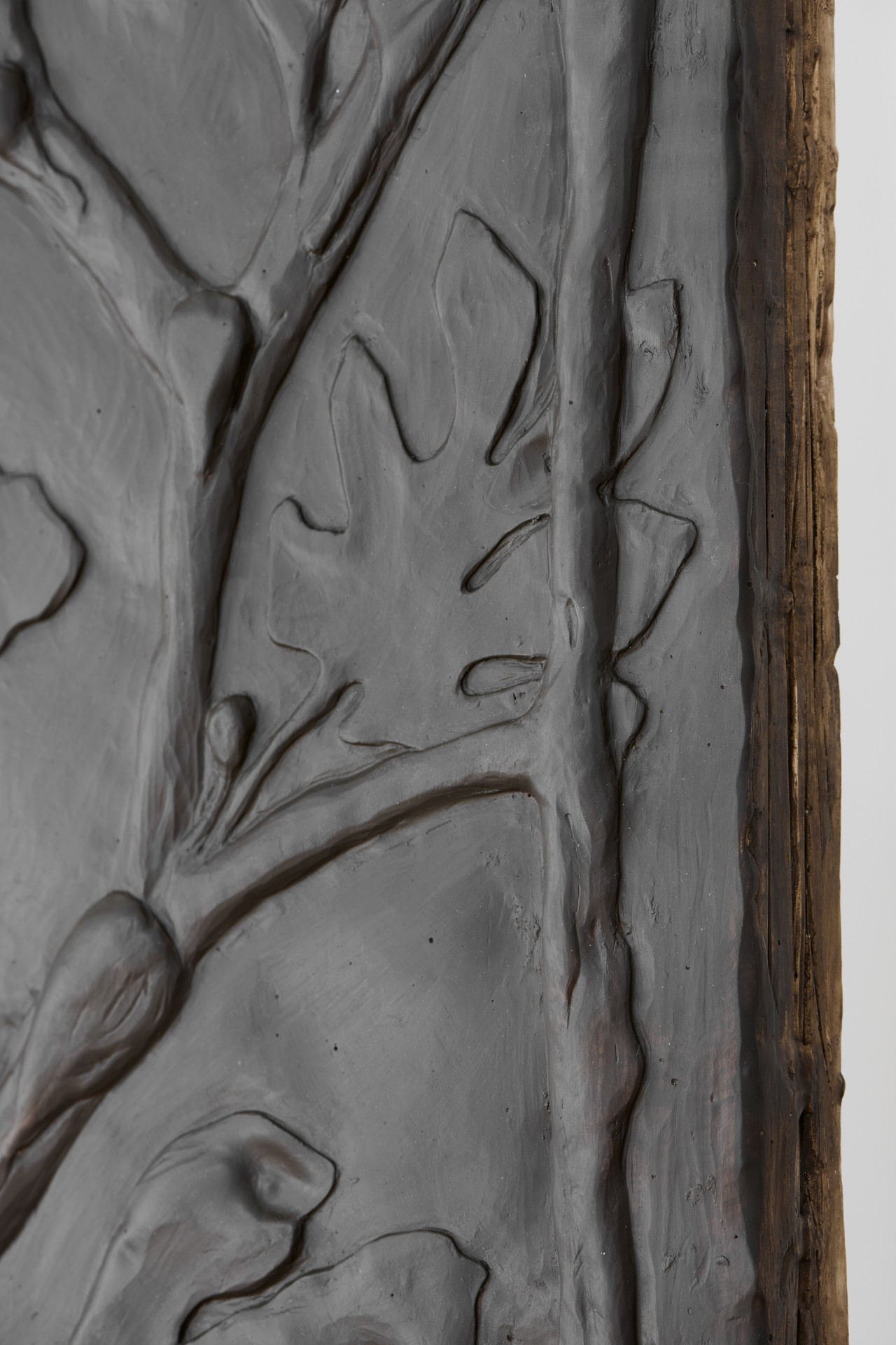 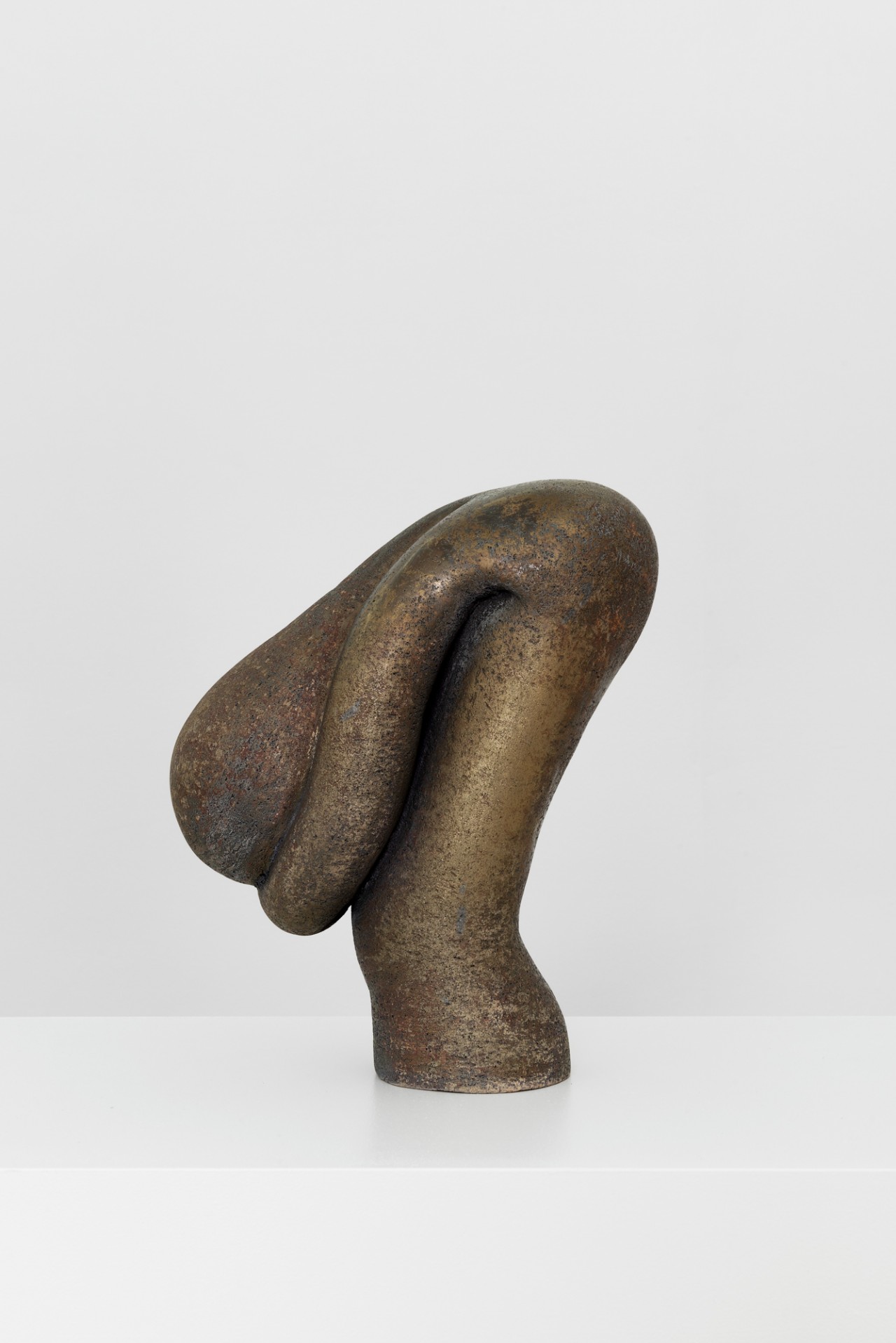 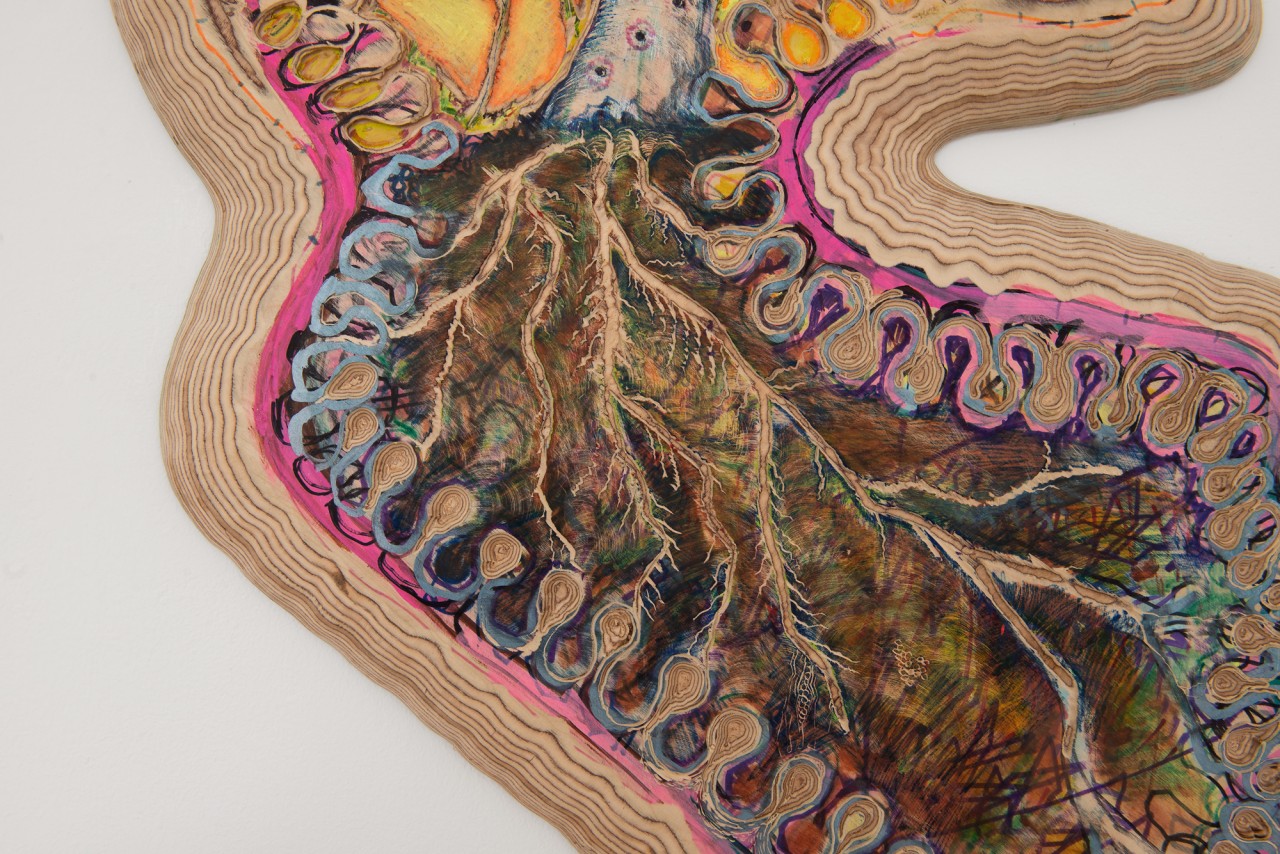 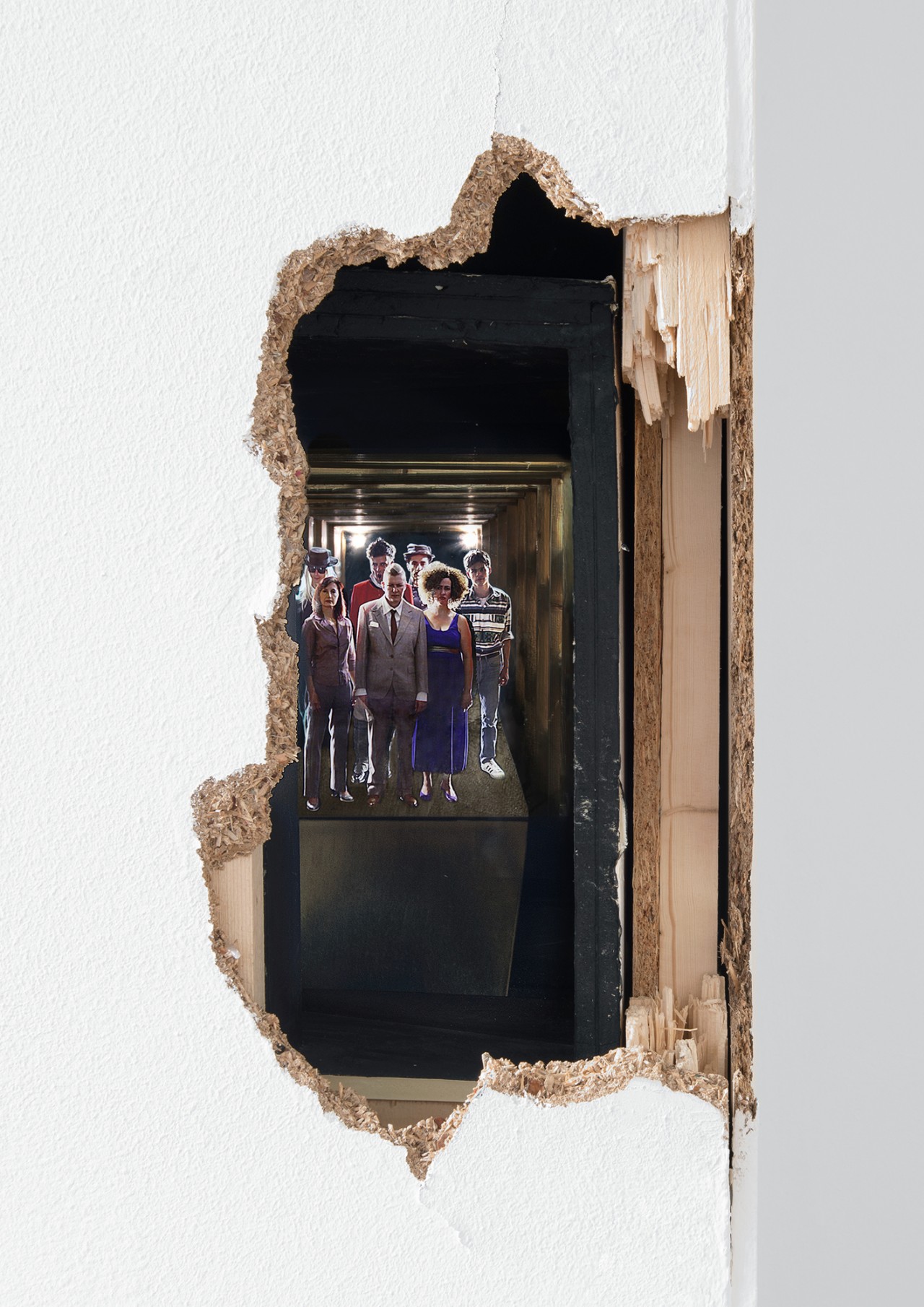 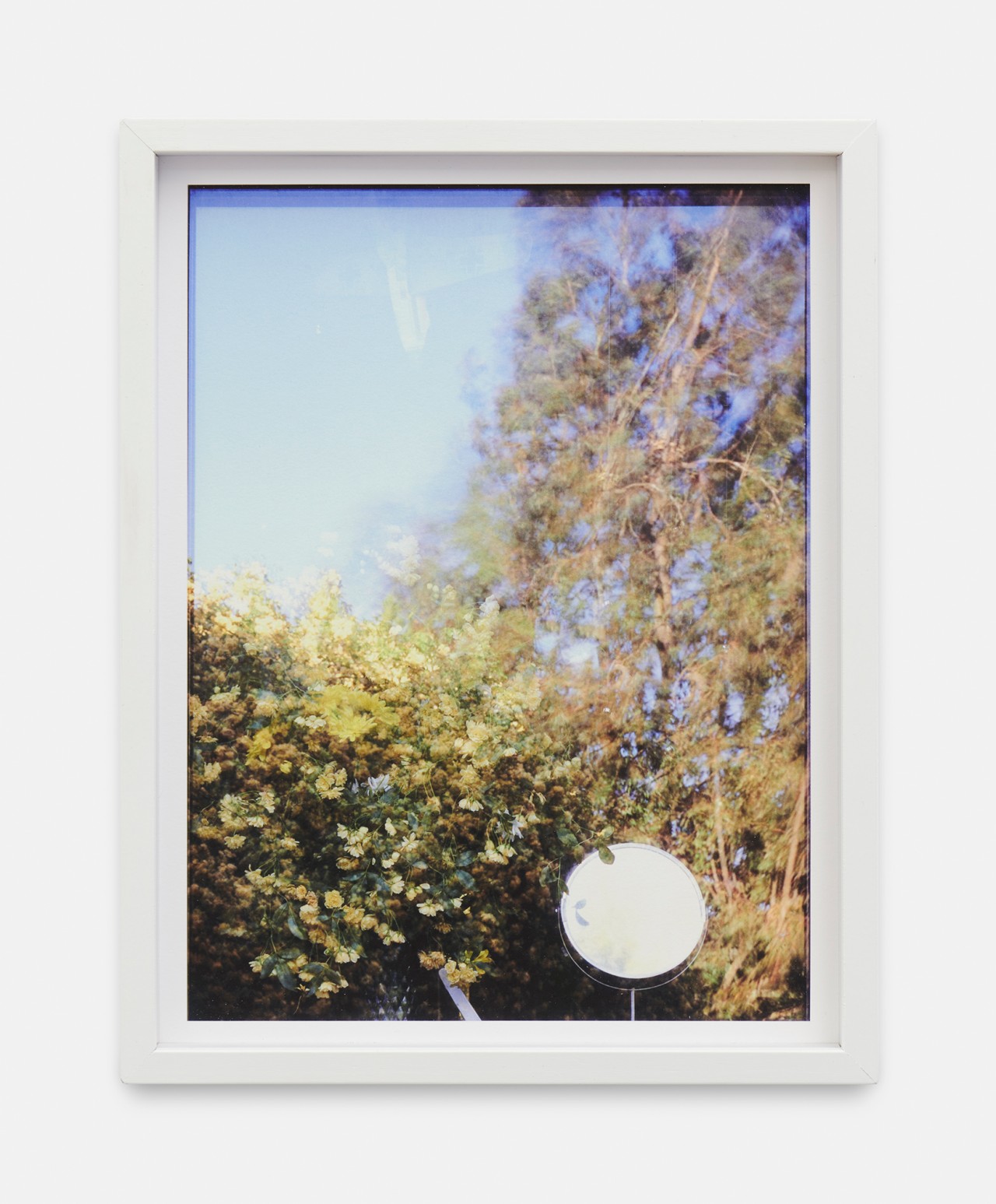 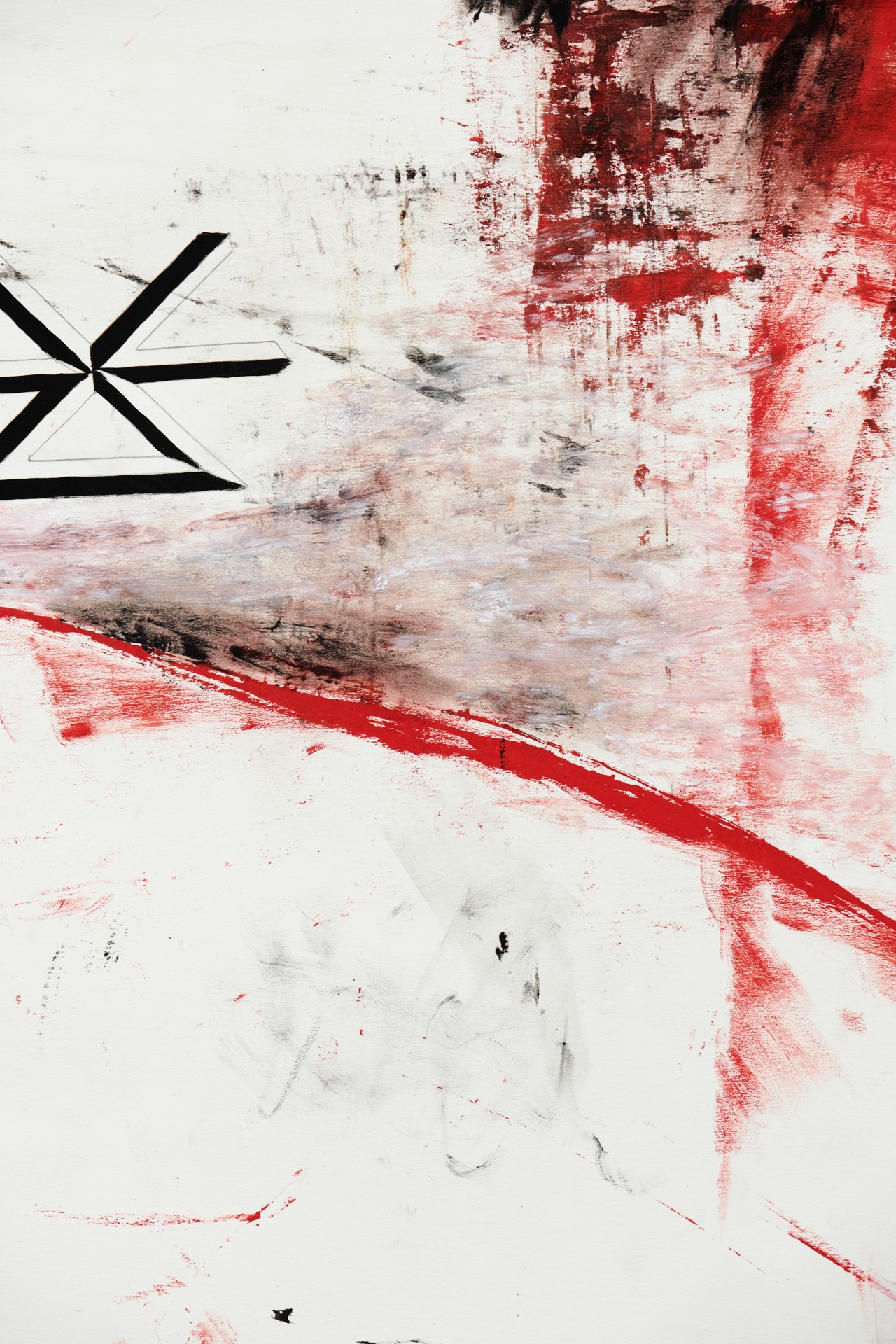 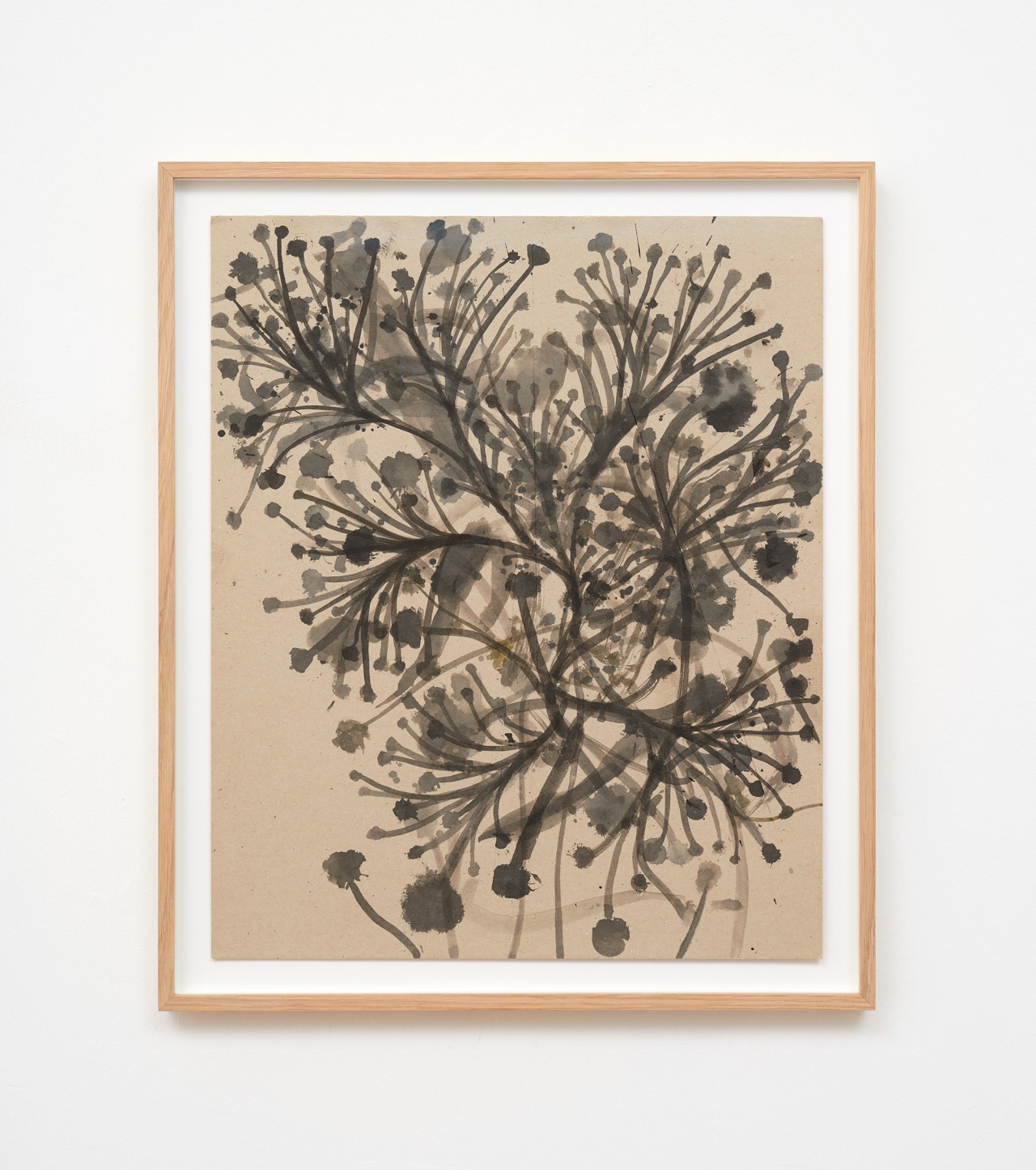 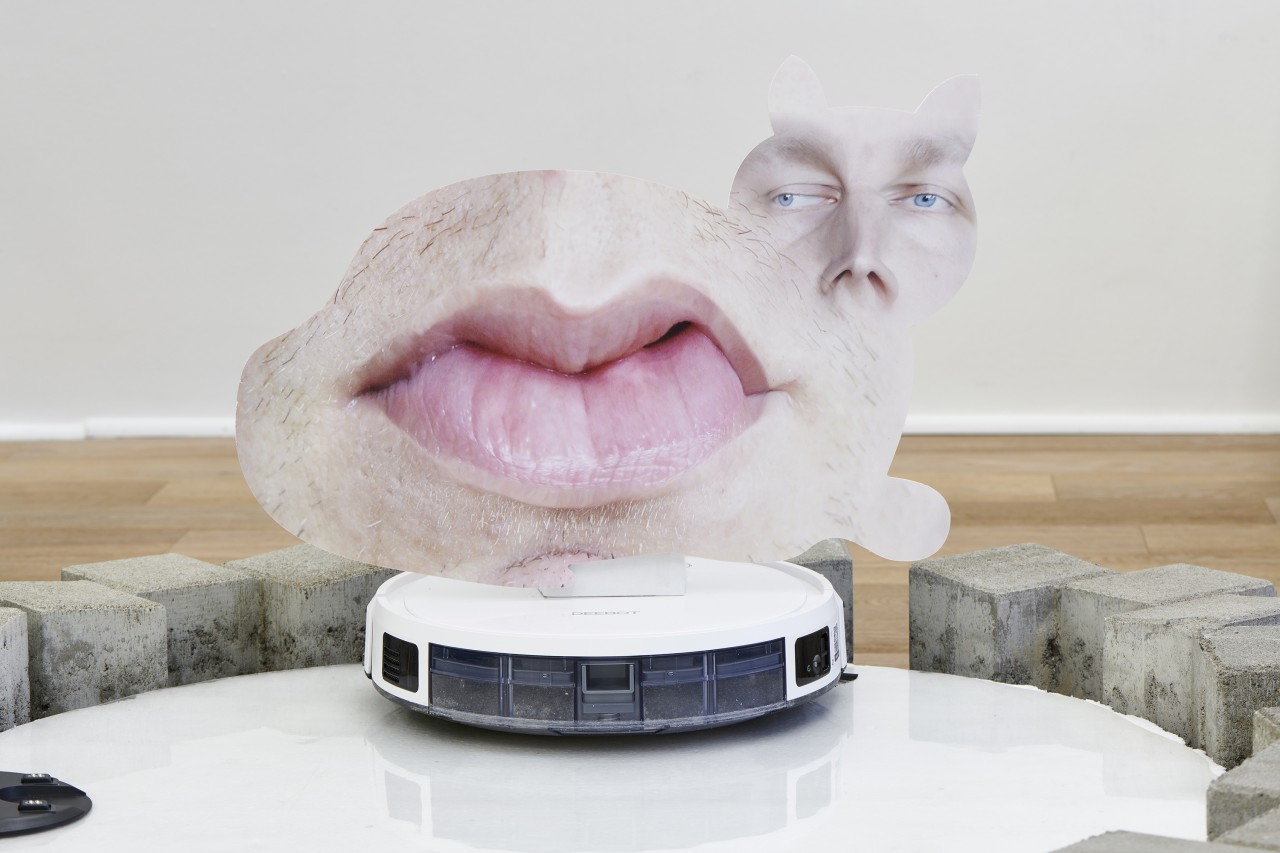 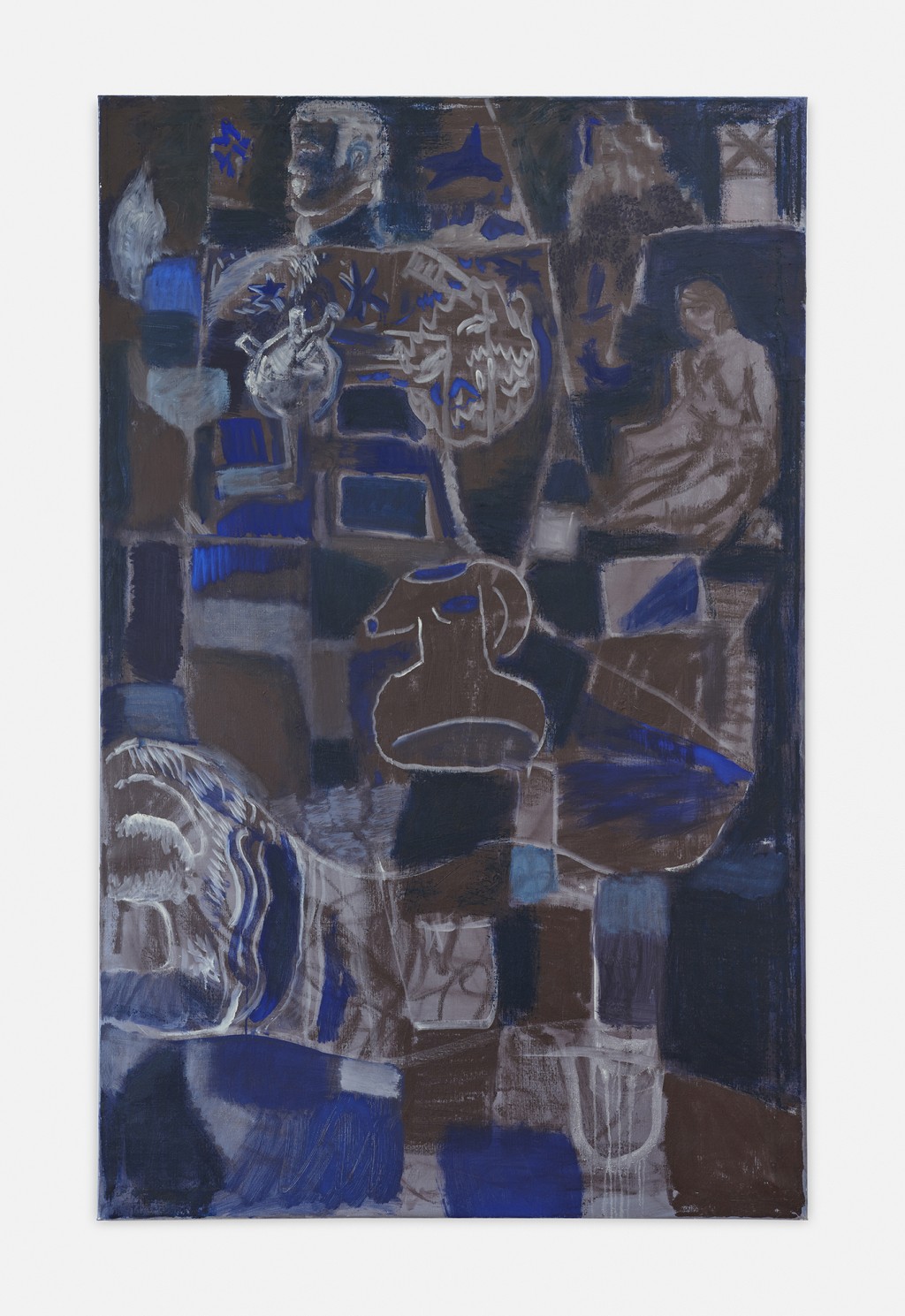 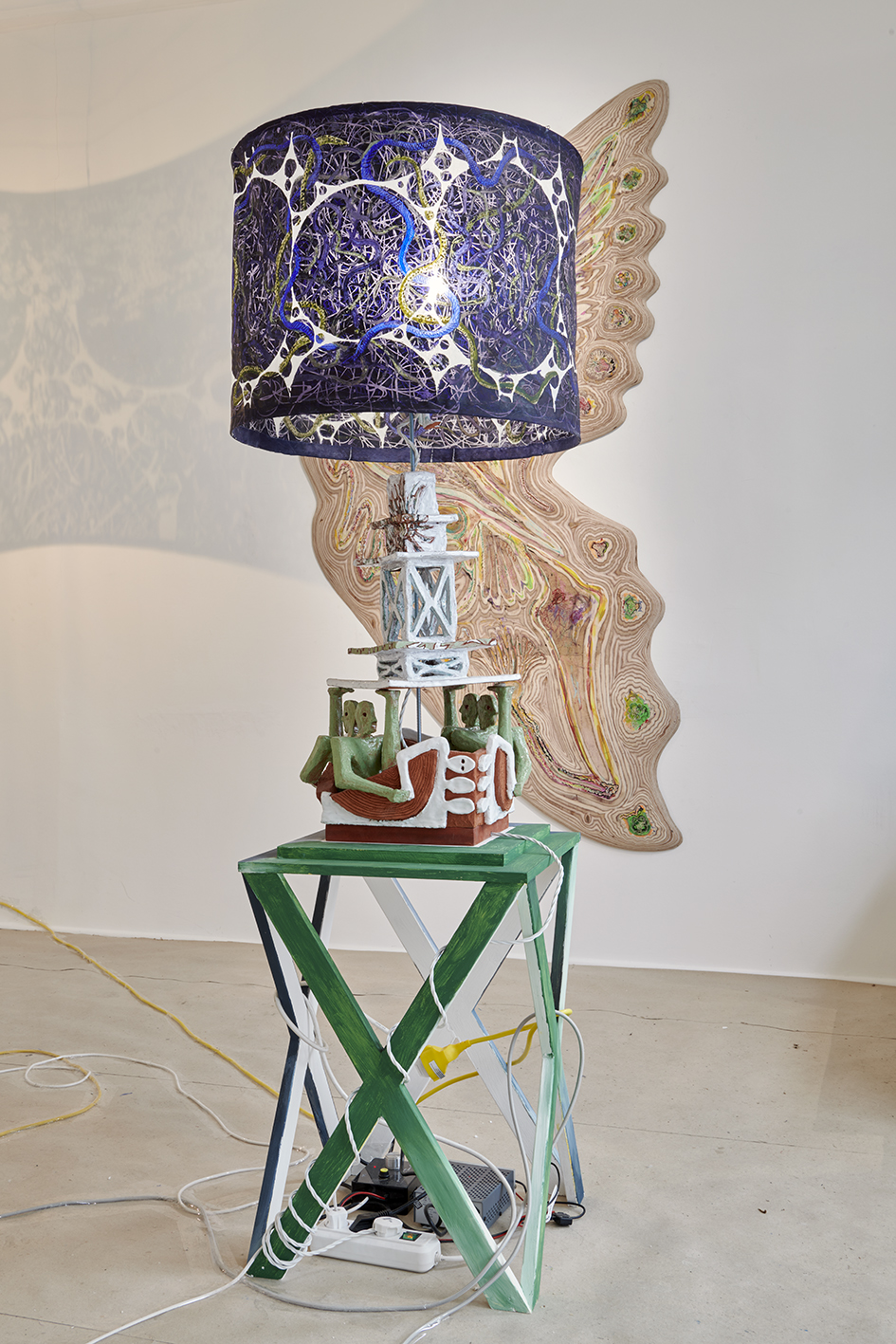 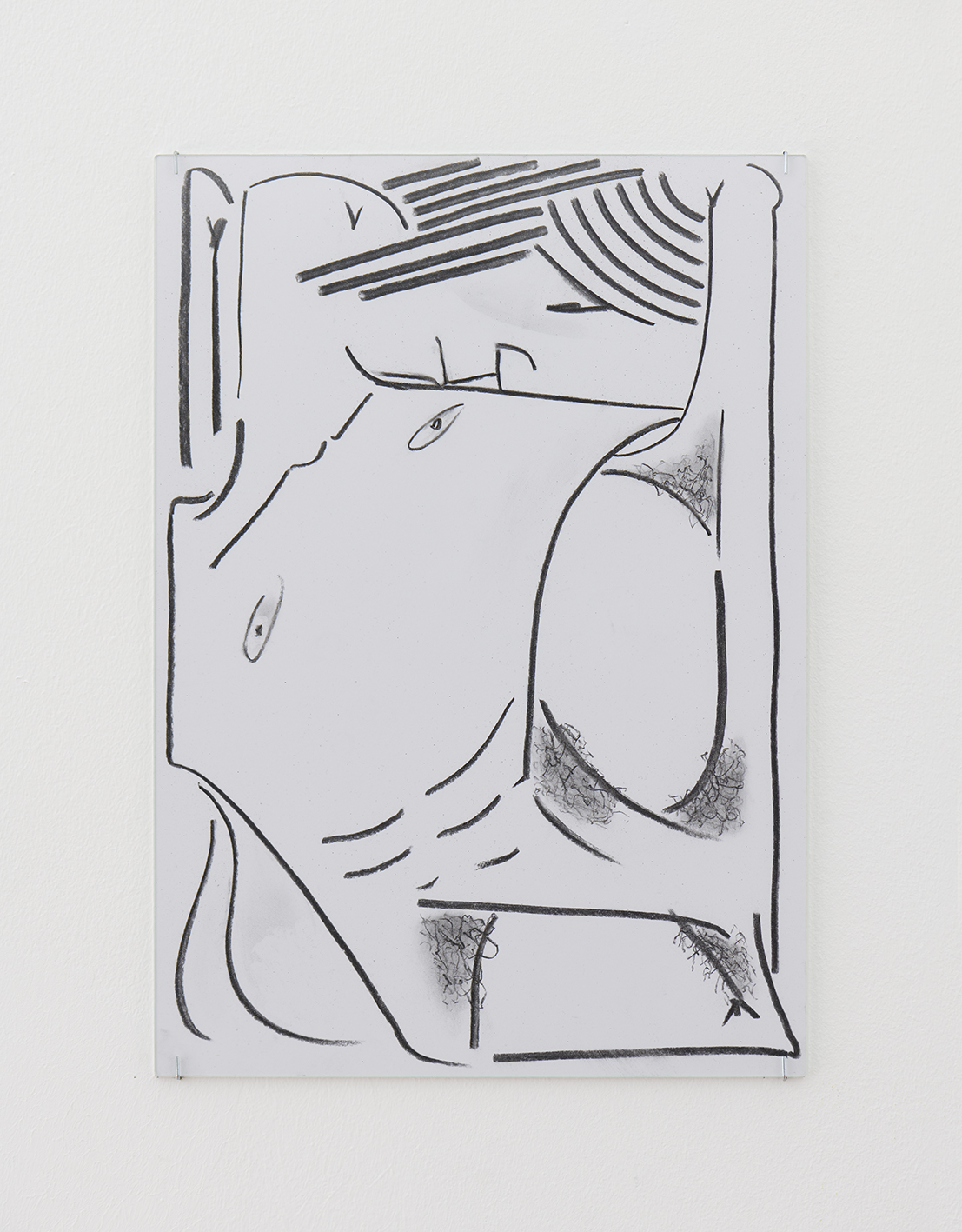 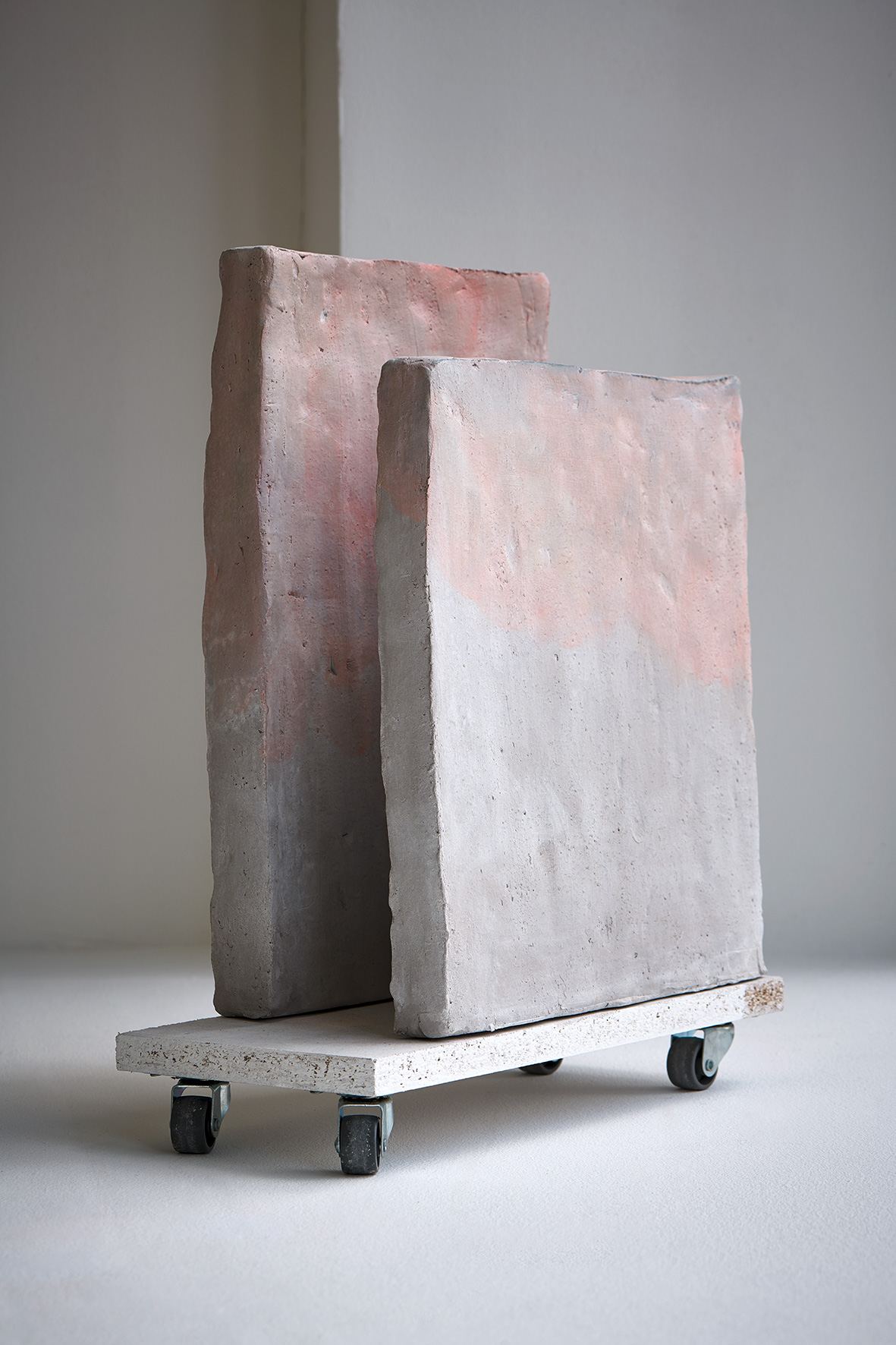 Zwei Schwestern features works by Andrey Bogush and Sinaida Michalskaja, and reflects the two artists’ dialogical reading of Beatriz Preciado’s Countersexual Manifesto, along with ideas of de-realisation that continue to inspire their respective practices.

The exhibition unfolds a dissociative approach to thinking about contemporary visual culture, one which articulates technologies of desire – and involves methods of scaling, digital printing and ornamentation, while also drawing on architectural elements and the objectification of images – by making nonsense of them.

In Guardian (The art market wants porn, but it doesn’t want it when it comes from feminism), 2020, Bogush inserts a quote by Preciado (1) onto a blown-up, low resolution image of a key from a computer game; the image itself is printed on an IKEA shower curtain. In an echo of the production process, the curtain hangs on a steel rack with unpolished corners. Proposal for hoover, cat cut out and distorted face (The living web of care is not one where every giving involves taking, nor every taking will involve giving), 2020, is a kinetic sculpture composed of a stand-up cat-shaped display with a human face printed on it; this in turn sits on a robot hoover that is confined to an elevated, round compound. (2)

Bogush’s practice is inspired by the ‘digital condition’ of images that are shared and consumed online through social media or publishing platforms; it embraces this flatness in different, even opposing ways. By printing images on industrial vinyl curtains and placing them on floors, walls and ceilings, they seek out situations of discontent or detachment in them: “I wonder if self-alienation could be an analogy for the life of images online”, Bogush says about this side of their practice.

Sinaida Michalskaja presents two works installed opposite each other, connected by the curtain. The two screens of seal/dichtung 3 (allmxlqxhtsdantasien/4K reality pro), 2020 are mounted vertically, one above the other, on a free-standing scaffold pole wedged between the floor and ceiling of the exhibition space. The work shows two videos of the same silver isolation strip that sits between the panes of a double-glazed window. The videos were recorded simultaneously on the same vertical axis – one higher up, one lower down. Rather than a moving image, the effect is an iridescent relief that translates the promise of a union between two distinct objects, as they attempt to overcome the gap between being one and being different – and strive to be neither/nor. 10 of Clubs (back to binary), 2020, a UV print on a card-shaped, human-sized foam board with rounded corners, is a high-resolution scan of a playing card embroidered by the artist. The significantly enlarged image features two blue-eyed white cats, adorned with small rhinestones on the print’s surface. The amplification of the card’s offset print raster heightens the effect of the highly stylised depiction of the cats, placing them somewhere between overly cute and quite pornographic.

Reflection and glittering effects, as well as working with the transparent and opaque qualities of images, are a central part of Michalskaja’s practice. Equally important are the strategies of reduction, transmission, flatness and opulence the artist employs, which often produce a sense of visual satisfaction and estrangement at the same time.

(2) In the parenthesis of the title, Bogush uses a quote by María Puig De la Bellacasa. Matters of Care: Speculative Ethics in More Than Human Worlds. University of Minnesota Press, 2017, p.112. 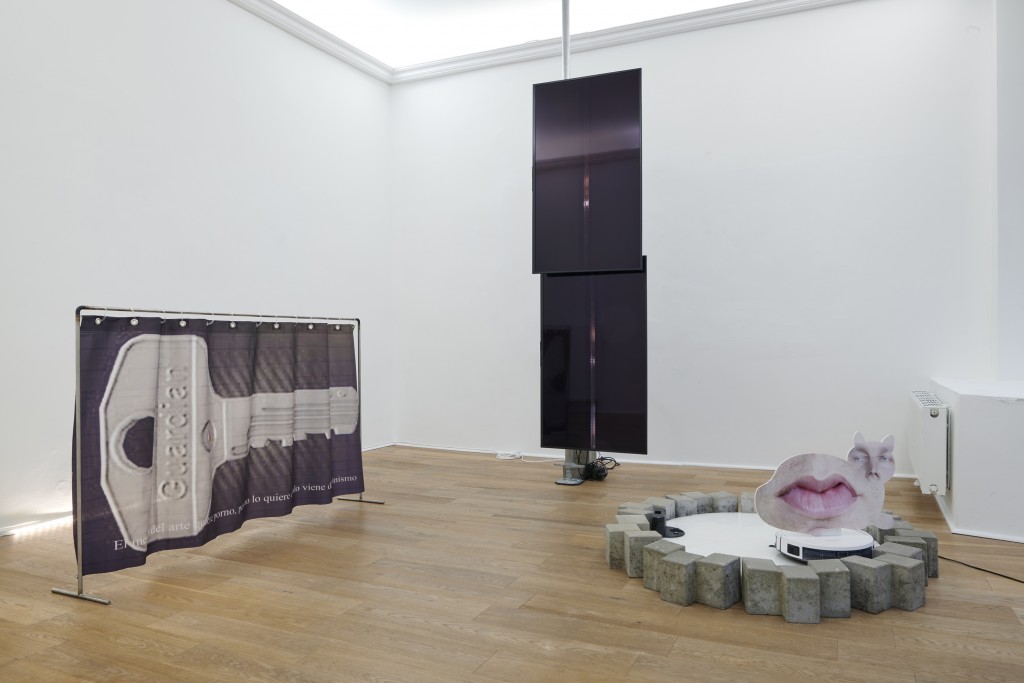 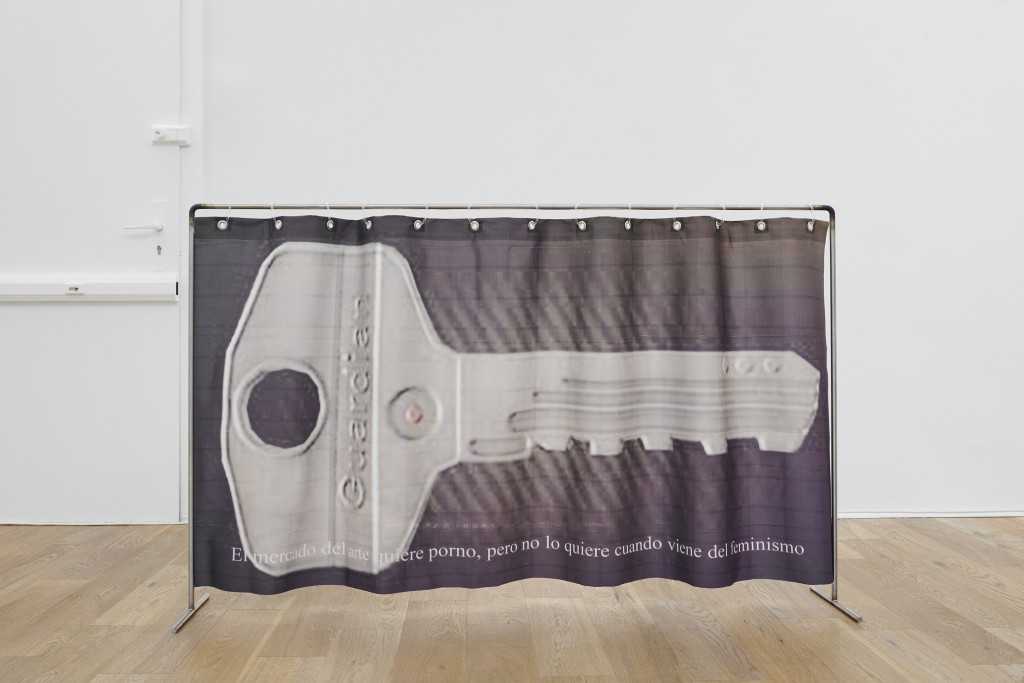 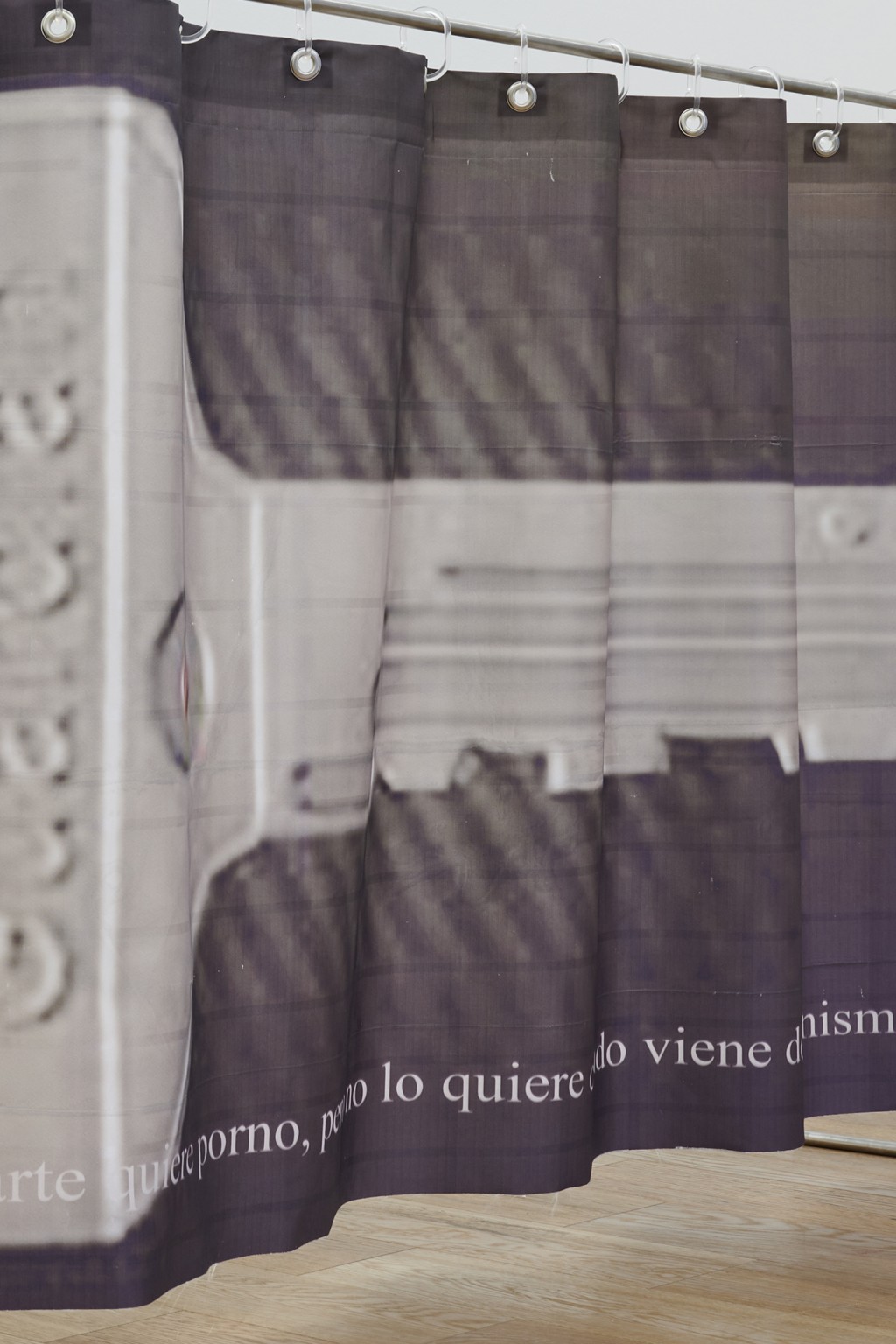 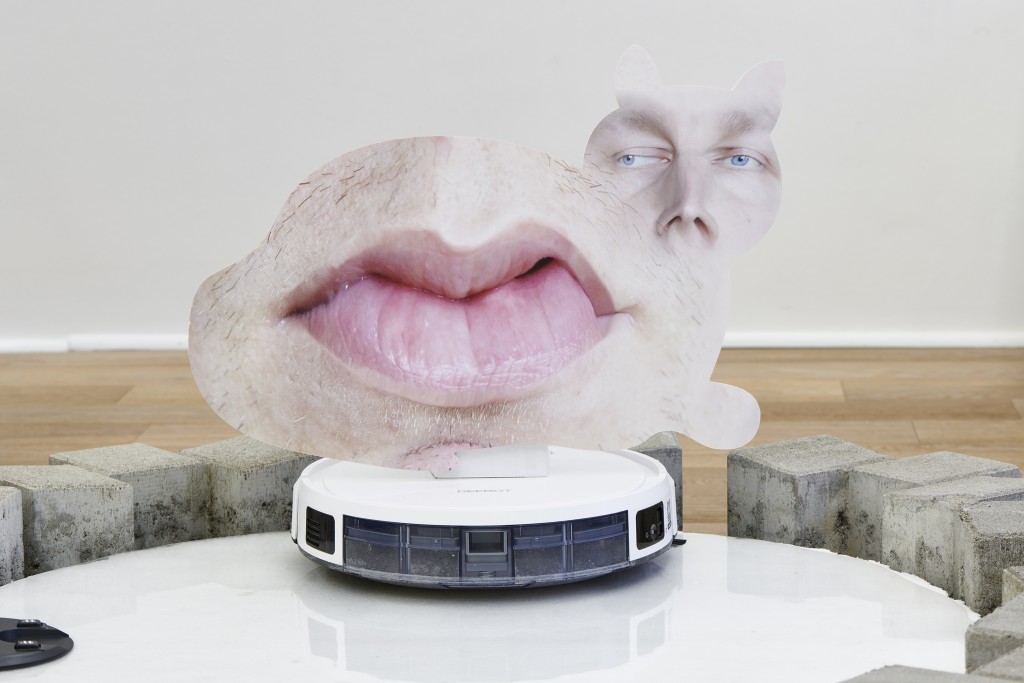 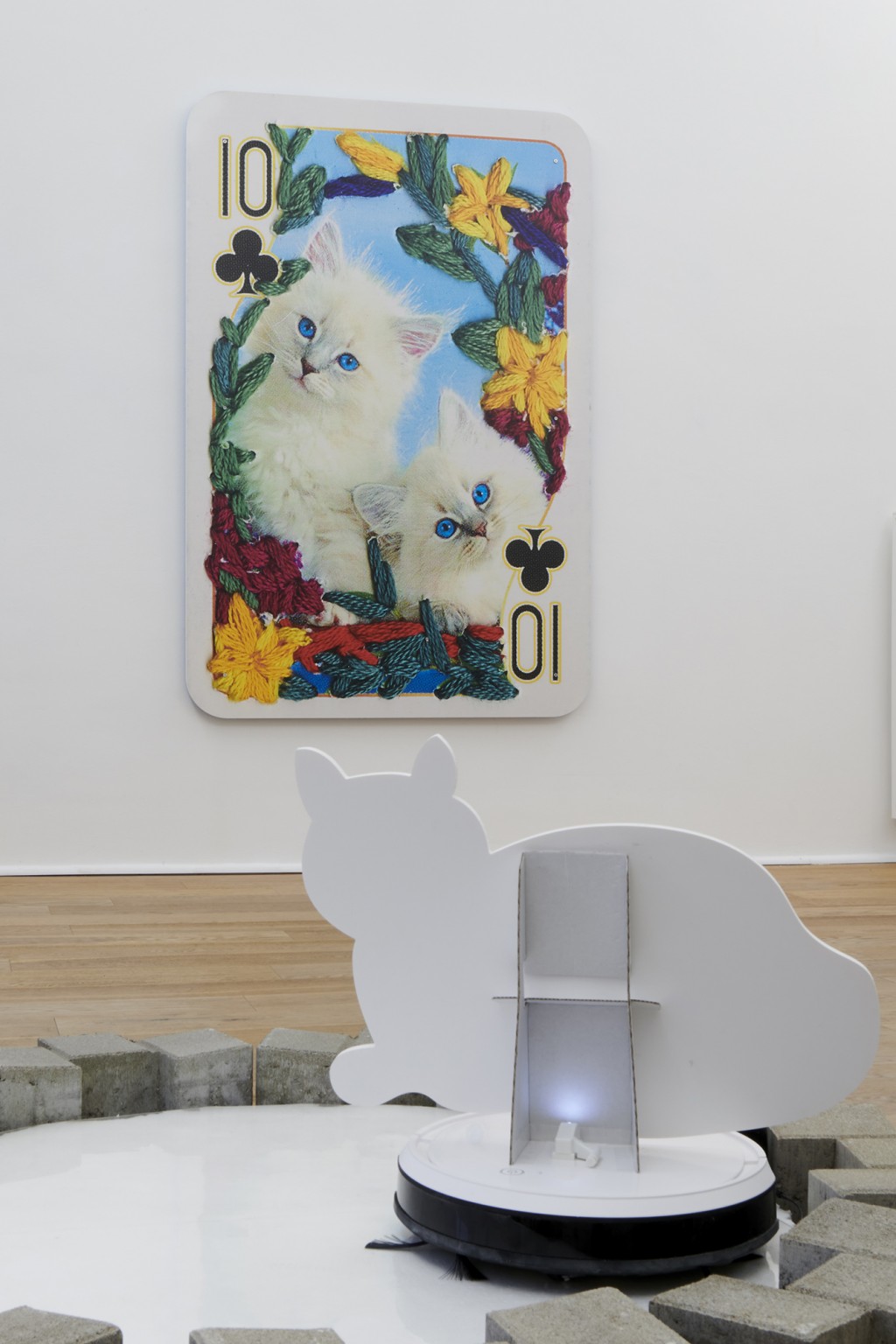